Chemistry was my first love, and I have found that the lessons I learned in basic chemistry have provided the building blocks to understand the scientific literature. Of particular importance is the electron. It’s the free electron that generates life-giving energy, but also the untamed electron that causes a progressive decline and death of our system. I apply these basic principles to my interpretations of scientific literature and treatment regimens. Scientific discoveries can take 10-20 years to get applied to standard medical therapy. Most physicians are practicing the science of 20 years ago! My treatments are cutting edge. They are based on science and not medical traditions.

In 2000, I had my first awakening that I had not been taught everything I needed through the conventional medical training. In The late 1980’s and 1990’s, the AHA recommend diet was a low fat diet. My experience with my patients, and with my own health, was that this diet was actually quite detrimental to health! Low fat, essentially means eat more carbohydrates, and the results were devastating to weight, blood sugar and general health. I strongly believe in practicing what I preach, so I was a victim myself of its harm to my body. I was putting weight in the middle, my bloodwork was on the verge of diabetes, when I uncovered the lies that had founded the low fat diet. 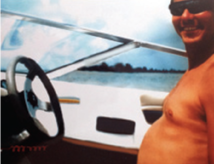 I did massive research in the dietary field, and rethought the conventional dietary recommendations. More importantly, I practiced my findings on myself with dramatic results! I lost 20 pounds and regained my health! I was so excited that I published my book “The Globes Best Diet” to try to awaken the world and my patients to the harmful recommendations being made. My book was paleo before there was a thing.

I practiced general internal medicine for 30 years. Overall, I found the results to be less than satisfying. I was considered one of the best when it came to treating what conventional medicine has identified as the enemies, largely cholesterol and blood pressure. Despite aggressive treatments of these patients, their “numbers” got better, but unfortunately, the patients progressively got worse! Their “aging process” continued to progress despite my treatments. They got fatter, more tired, more moody, had poorer libido and sexual function, more sleep issues, brain fog and achiness over time. I could offer them a band aid pill for their symptoms, but I was clueless as to how to reverse the underlying process and identify the true enemies until 2009.

By 2008, I had seen my own energy, motivation and libido decline, and self-diagnosed Low Testosterone. I began to see dramatic improvements in my quality of life and health, and decided to share my knowledge and success with patients. They enjoyed better health also!

2009 wound up as a life changing year. From January to May, I had seen a progressive sap on energy, to the point that I became progressively bed bound. I had only energy to rally to work and was useless the rest of the day. The routine bloodworks failed to explain my symptoms and my doctors were baffled. Serendipitously I attended my first A4m conference at that time. I began to learn certain more subtle hormone deficiencies could cause my symptoms. These tests were first, never done by traditionally trained physicians. It was not only new tests, however, but new interpretation of tests that was crucial to the problem. 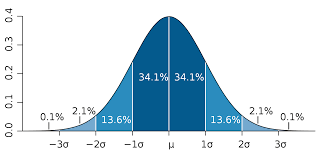 Medicine traditionally considers something abnormal when it is beyond 2 standard deviations of the average. A4m showed me that having these hormonal systems in the lower end of normal could have devastating effects on health and quality of life. I left that conference with new diagnosis of adrenal fatigue and suboptimal thyroid function. When I initiated treatment, I GOT MY LIFE BACK! I was so thrilled with what anti-aging medicine did for me, that it inspired me to become board certified.

As my knowledge and skill in anti-aging have progressed, so has my enthusiasm. In 2015, I integrated the use of bioTE® Pellets to my practice. This addition has made truly life-changing results to many patients, as have other interventions I have learned through my research. In 2017, I studied with the world leader in anti-aging medicine, Dr. Theiry Hertoghe. My knowledge is now at that top of its game from a world status, and I now have expertise in more exotic treatments, Low dose Naltrexone, advanced cancer and heart treatments, and many more areas. My passion for this subject only multiplies and obsesses me as I see the benefits of a returned life and health to my patients on a daily basis. 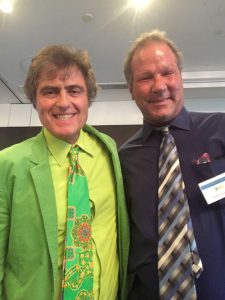 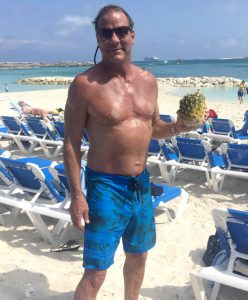 Invest In Yourself Today

We look forward to meeting you!

Please send us a message using the form below. To expedite scheduling your appointment please fill out our health questionnaire or call us today at (321) 690-0003.